Everything I know about seafood, I learned from my grandfather.  He fished almost every day of his life.  He kept a fishing log that I found when he passed in his “inner sanctum”, a 4 x 4 closet with fold down seat and fold out bench for tying flies for fly fishing and photos along the inner door of his greatest catches (a picture of he and my grandmother proudly displayed next to an eight foot long sturgeon (only two and half feet longer than he was).  He taught me how to cast, fly fish, go ‘crawdaddin’, how to tell a ‘show’ when clamming, how to set a crab net and best of all how to shuck an oyster!

t’s the universal question.  Can I eat oysters in July? An answer my grandfather would have given you a categorical NO to.  If you hold fast to the R-month rule (Don’t eat raw oysters in a month that doesn’t have an R in it) then you are missing out.  Sorry grandpa! It is perfectly fine to eat raw oysters in the hot summer months that don’t have a R in their name (May, June, July, August).  Rules were made for a reason, but, they were also made to be broken.

In general this rule was made, like a lot of folk-wisdom, when refrigeration wasn’t plentiful and we were still floating gigantic blocks of ice down the intracoastal to ice houses. A lot has changed. There was another reason for the r-month rule: It allowed them time to reproduce since oysters spawn in the summertime. On the Gulf Coast, where they still harvest wild oysters, they still have a set season for oystering. But everywhere else, baby oysters are “made” in hatcheries, so natural reproduction is not a real issue.

So there you have it! You now have official permission to eat raw oysters every month out of the year.  But if you are still a little warry and can hear grandpa whispering in your ear, the R-month rule never applied to cooked oysters so have at it.  In addition, to raw oysters the Tavern offers some familiar and new and creative cooked oysters specials to titillate your taste buds. 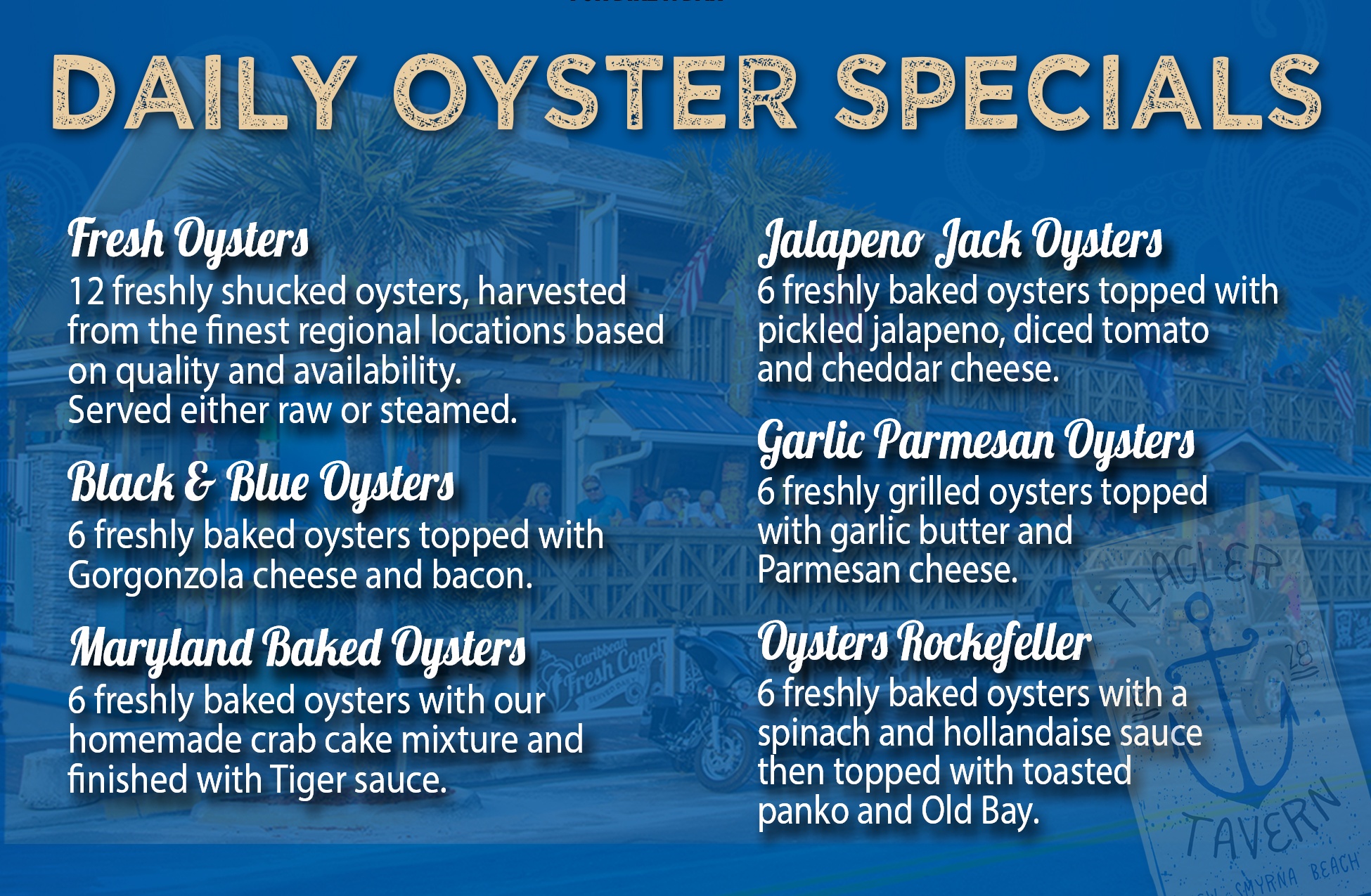